In addition, OS 2.5 provides time-saving dealer tools and performance enhancements to improve the overall customer experience.
Posted by Nytech AV at 11:14 No comments:

Elegant Lighting SolutionsWith Panelized Lighting, new Wired Keypads, new software, drivers and more, you can deliver your most sophisticated customers a lighting solution that will truly light them up.  Learn More >

Anywhere Access/Enhanced 4Sight ServiceNow with the MyHome app, your customers can access and monitor a home or business from their smart phone, tablet, or web browser anywhere they have 3G/4G connection or Internet access. 4Sight also provides alerts on the go and security features designed to keep Control4 customers safely in contact and in control any time, anywhere.  Learn More >

Simplified Software Delivery ModelWith the availability of Control4 OS 2.4 on April 1, 2013, the MyHome app, TuneIn and Video/Audio Intercom will be included in ALL new Control4 system controllers. Learn More >
Posted by Nytech AV at 21:15 No comments:

Professional company in a retail location offering jail breaking and sales of Apple TV2. Feel safe and comfortable coming to a retail location instead of someone’s house or basement suite.  We use the latest un-tethered jailbreak tool that allows 3rd party software like, aTV Flash (black), to be installed.

Add More Apps
We have extend the functionality even further by adding XBMC giving you access to all kinds of free media.

Control4 is pleased to announce that Operating System 2.2 (OS 2.2) is now available for immediate download. The primary focus of the OS 2.2 software release is to support new hardware products – the HC-800 Controller and the 7” Portable Touch Screen with Camera which are now shipping — and to continue to improve the quality of the OS for Control4 Dealers and Customers.

All of these changes are documented in the OS 2.2 Release Notes but here are the highlights (do not use this as an excuse not to read the release notes!):

The HC-250 as an elegant, low-profile form factor, single-room controller with a next-generation 1GHz processor that delivers exceptional speed and power. The HC-250 fits easily behind a TV, on a shelf, or in a rack and features new Power over Ethernet (PoE) capability enabled by a single CAT5 cable providing the electrical power and network connectivity for the HC-250 to control the entire room, greatly simplifying installation for the integrator. 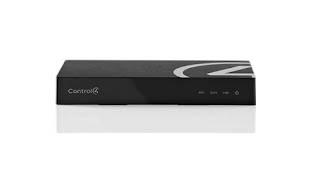 The HC-250 supports both digital audio and video over HDMI, and boasts integrated Wireless-N WiFi and ZigBee for high-performance wireless networking. The HC-250 is perfect for single-room systems including media rooms, home theaters, and conference rooms, as well as for providing fluid on-screen control for each TV in larger residential and light commercial installations.

The HC-250 makes it easier than ever for an integrator to design a one-room AV solution as an upgrade-replacement for less-functional universal remote controls. Consumers can then build upon that system at their own pace — adding additional automation and control functionality over time.

Sleek. Elegant. Heck, some people even call it “sexy!” Introducing the new 7” Portable Touch Screen with Camera. Employing the same sophisticated capacitive technology as our award-winning In-Wall Touch Screen, this product delivers dedicated control in a flexible form factor. Use it as a true portable device, or configure it as a tabletop for tethered control that’s perfect for desks, end tables, or nightstands. The new 7” Portable Touch Screen with Camera also supports full-motion video intercom capability for crystal clear communications throughout a home or business.

Distribution: Worldwide The Control4 7” Portable Touch Screen with Camera and Power Supply Adapter are available for order immediately and are expected to ship in February, 2012.

If I mount the 7” Portable Touch Screen with Camera into its stand permanently as a tabletop, can I still connect via WiFi in rooms where no Ethernet is available? Yes. Dealers can configure the device to use WiFi or Ethernet.
Does the 7” Portable Touch Screen with Camera automatically switch between Ethernet and WiFi when it is docked in its charger? No. The Portable is configured as either WiFi or Ethernet and does not change when docked.

Does the 7” Portable Touch Screen with Camera have any hard buttons? Yes, it has four buttons which can be configured to perform any programmable event including: changing volume or channel, adjusting lights, or activating any scene.

How long does it take to fully charge a 7” Portable Touch Screen with Camera? The Portable with Camera can be recharged in approximately 6 hours.

Can you walk around the house while using the 7” Portable Touch Screen with Camera on WiFi? Yes, the Portable supports WiFi roaming between WiFi access points in the home if they are set to identical SSIDs, channels, and security. Be aware that video intercom requires robust 802.11n/g signal strength for good results. If you are using older Control4 WiFi products, roaming is not supported.

If I already have 5” or 7” In-Wall Touch Screens using audio intercom with an existing Intercom License, will the new video-capable devices work? You only need one Intercom License per system. Video intercom-enabled devices will communicate with other video intercom-enabled devices, and will communicate with the 5” and 7” In-Wall Touch Screens (C4-TSWMC5-EG-XX, C4-TSWMC7-EG-XX) through audio intercom. Such devices do not support video intercom functionality and they are not capable of playing the video portion of intercom sessions from the new devices.

What happens if I mix video intercom-capable devices with the older audio-only in-wall intercom devices? They will interoperate automatically. However, they will default to audio-only whenever an audio-only device is called. For example: In a mixed environment, a call between two video-capable devices will show video. However, a call from a video capable device to an older unit will automatically step down to audio only. The 5” and 7” In-Wall Touch Screens (C4-TSWMC5-EG-XX, C4-TSWMC7-EG-XX) are not capable of playing the video portion of intercom sessions from the new devices.

Integrating a Z-Wave or ZigBee wireless door lock into an HAI Omni or Lumina home control system means increased access control with cutting-edge electronic locks from various manufacturers. Users gain the ability to lock and unlock up to 16 doors from HAI Ethernet Touchscreens, keyfobs, and remotely via mobile Apple/Android devices. The HAI controller can lock and unlock the locks, in addition to monitoring the state of the locks. HAI systems may even be configured to automatically set lighting, music, and temperature based on the locked/unlocked status of the door.

Compatible products that HAI has tested include options from Kwikset, Yale, and Schlage. The ZigBee integration has been specifically verified with the Black & Decker Kwikset SmartCode locks, but it should work with other locks that support the standard ZigBee Home Automation profile lock cluster. Additionally, the Z-Wave integration has been specifically verified with the Kwikset SmartCode deadbolt and entry set, Yale Evolution deadbolt, and Schlage Z-Wave deadbolt locks.

"HAI's engineers have further enhanced the robust controller firmware with a much-desired third-party product feature," explained Jay McLellan, HAI President & CEO. "Business owners and homeowners will take comfort knowing whether all doors are locked and fully secure, as opposed to simply knowing whether or not they were closed."

Shawn
http://www.nytech.ca/hai.html
Posted by Nytech AV at 14:38 No comments: